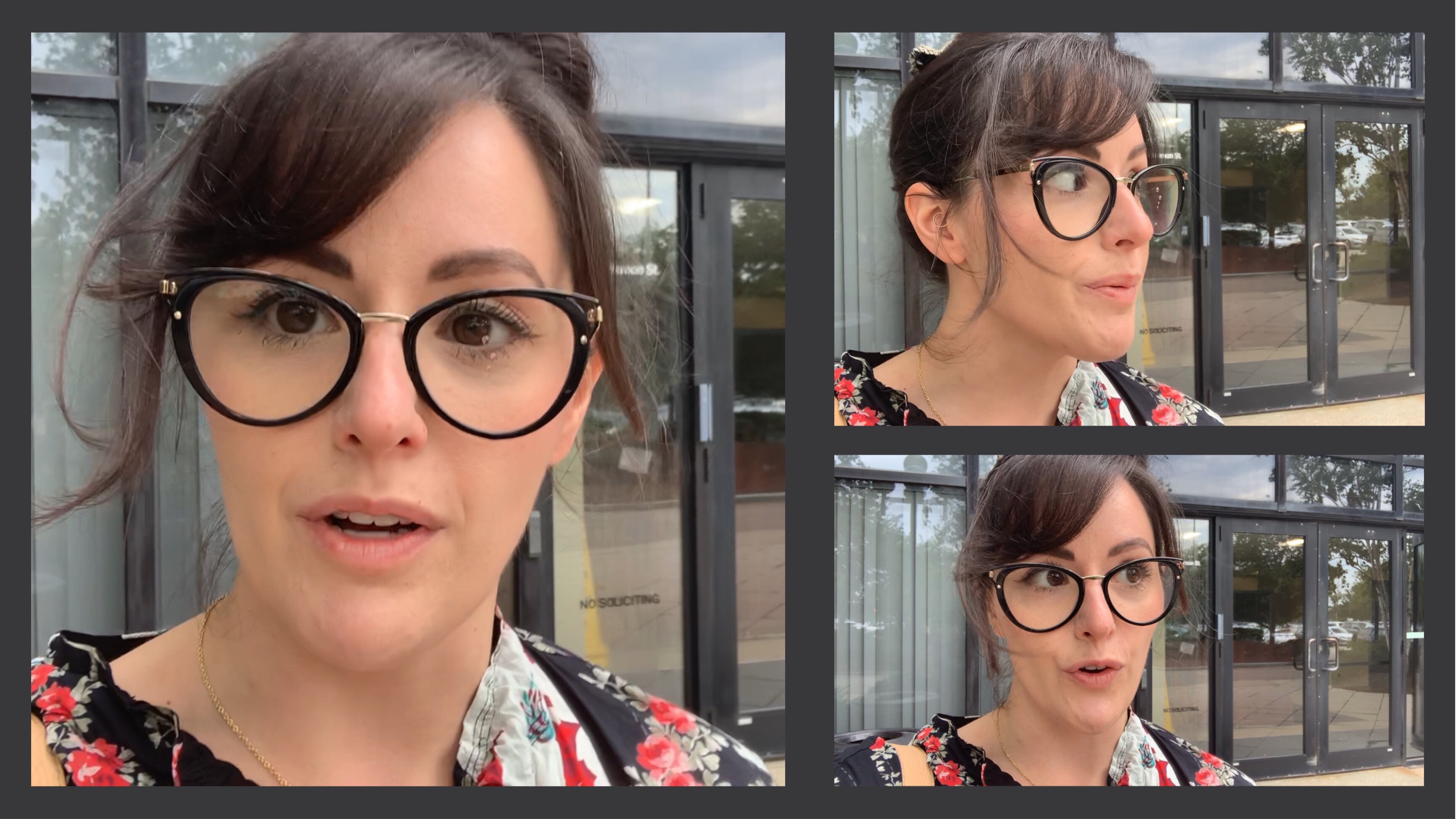 So, I make it to the Office of Vital Records. I have three names on my list: Grace, David, and Mary. I’m not sure how imagined the office would look but it’s nothing how I pictured it. Nothing ever is, is it? There is a small counter with colored sheets of paper forms, a row of chairs lining one wall and an office behind glass on the opposite wall.

I go up to the small counter and read the directions on obtaining records. I grab two yellow forms and fill them out for Grace and my Uncle David (I haven’t told you about David). These are easy because I know all their vital information: full name, date of birth, date of death, birth place, etc.

I determine that I must use the research room to look at Mary’s death certificate because I cannot list a relationship to her as we are not related. The young man behind the desk takes my two request along with my license and shows me to the research room. He begins explaining how the room works and asks how many records I am looking for. When I tell him I only want to look at one record, he offers to show me through the glass. I accept this offer as it saves me a $9 research room fee and the trouble of locating the record myself.

He quickly produces the first two Death Certificates and hands them under the glass in exchange for $40. By then I’ve written all the information I have on Mary onto a yellow sheet for his search.

A few minutes passes before he calls me up and holds up an open book to the glass.

I lean in and try to absorb all the information on the page. It’s Mary Cox’s Death Certificate, but I can’t even pronounce the name of the person who identified her. This isn’t enough. I ask if I can take a photo or make notes. He shakes his head and asks if I want to buy a copy of her certificate.

“I can do that?” I ask, surprised because I have no relation to the deceased.

“Yes, I’ll do that. Please.” I answer immediately, pull out another $20 and slide it under the glass. He brings the book over to a copier and makes a copy onto their special official paper, then stamps it and slides it under the glass. I thank him, file my certificates away, and leave the office.

When I return to my parent’s house, where I am staying for the week, I take Grace and Mary’s Death certificates out of their folder and lay them next to each other on the kitchen table. They are eerily similar. Mary was born three weeks before Grace and she was killed three months before Grace in the same manner. Both women were found on the 25th of the month. Mary was found at 6 p.m. on a Saturday and Grace was found at 6 a.m. on a Sunday. It’s not a lot but if feels like something.

I’m familiar with Grace’s information, so after my initial comparison I carefully slide her file back into its folder and turn my attention to Mary.

Mary was born in Alabama and was living in Boston. I’m certain that there is at least one error on this record but I’ll have to circle back to it. I had hoped that Mary was identified and claimed by a family member, as my new journalist friend had suggested, but that is not the case. I have to type the name of the man who identified Mary one letter at a time and I’m certain I couldn’t pronounce it if I tried.

He lists his relationship to Mary as “Friend.” I start by Googling him. Most of my results are not in English and it takes only a moment to realize he must be Lithuanian. Finding nothing that fits my timeline, I move my search to a newspaper database. There I find one article with a singular mention of Mr. Leonavicius. Its title “Building Condemned After Filth Found” piques my interest.

Immediately I recognize the address. It’s Mary’s last known address. I check her death record to confirm that it was listed as her address and not his.

It was. He has a different address listed right next to his name. 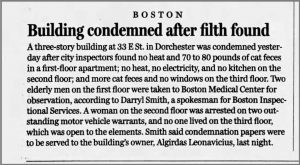 Was he Mary’s landlord? Was he really a friend? I’m on the Fence about Mr. Leonavicius, maybe unfairly so. To be honest, amassing 70-80 pounds of cat feces on your property is a bit off-putting to me. So, although I believe this man is still living and within then range, I’m not in a rush to reach out to him.

After a few more fruitless searches, I hit a dead end. I call in one of my family mediums hand her Mary’s death certificate face down. I ask her if she can tell me anything about it. Without any elaboration, she knows exactly what I mean by this request. She sits down with the paper between her two hands and closes her eyes tightly and her breathing slows. Have I told you about my family? Well, we have a some psychics and mediums among us.

Yes, you read that right. I know this is a bit taboo mixed in with facts ands research but it’s not like I’d be the first novice investigator(or professional for that matter) to consult a medium and since this is family it seems foolish not to at least try. I can’t say I’d consult a stranger like this, but having lived in a family where dreams literally come true, there’s a certain trust in what we see without looking and know without seeing.

After a moment, she speaks “There’s a man and a woman.” She describes the woman as having shoulder length brown hair and the man as being older and bald. I ask her if the man is good or bad and she tells me the man is a “friend”. There’s that word again. She sees the woman in a car and in an office.

My phone rings. I don’t pick up because I don’t want to interrupt what’s happening in front of me. The call comes in a second time so I answer. I step away for a moment and rush to hang up. When I return to my medium she’s begun to cry and shake a little and I worry she’s seeing what’s happened to Mary.

She opens her eyes and says “This is Mary’s.” It’s a statement but she says it almost like a question because she’s doubting her knowing. I nod a yes. “Her middle name is Ann”. I confirm, “Yes” and ask why she was crying. She tells me there is another man here in spirit, Mary’s father.

Mary’s father leaves us with no words or message per se, only an intense sadness. I understand sadness. I’ve never met Mary, I know very little about her, and have been holding a growing sadness for her since the moment I read her name on the list of 1990 Boston murders.

Mary’s death certificate states that her mother’s name is unknown. It lists only her father’s name, but that is where I believe there is an error. Della Mae Cox, I suspect, is actually Mary’s mother’s name.

I any event, I will find out.