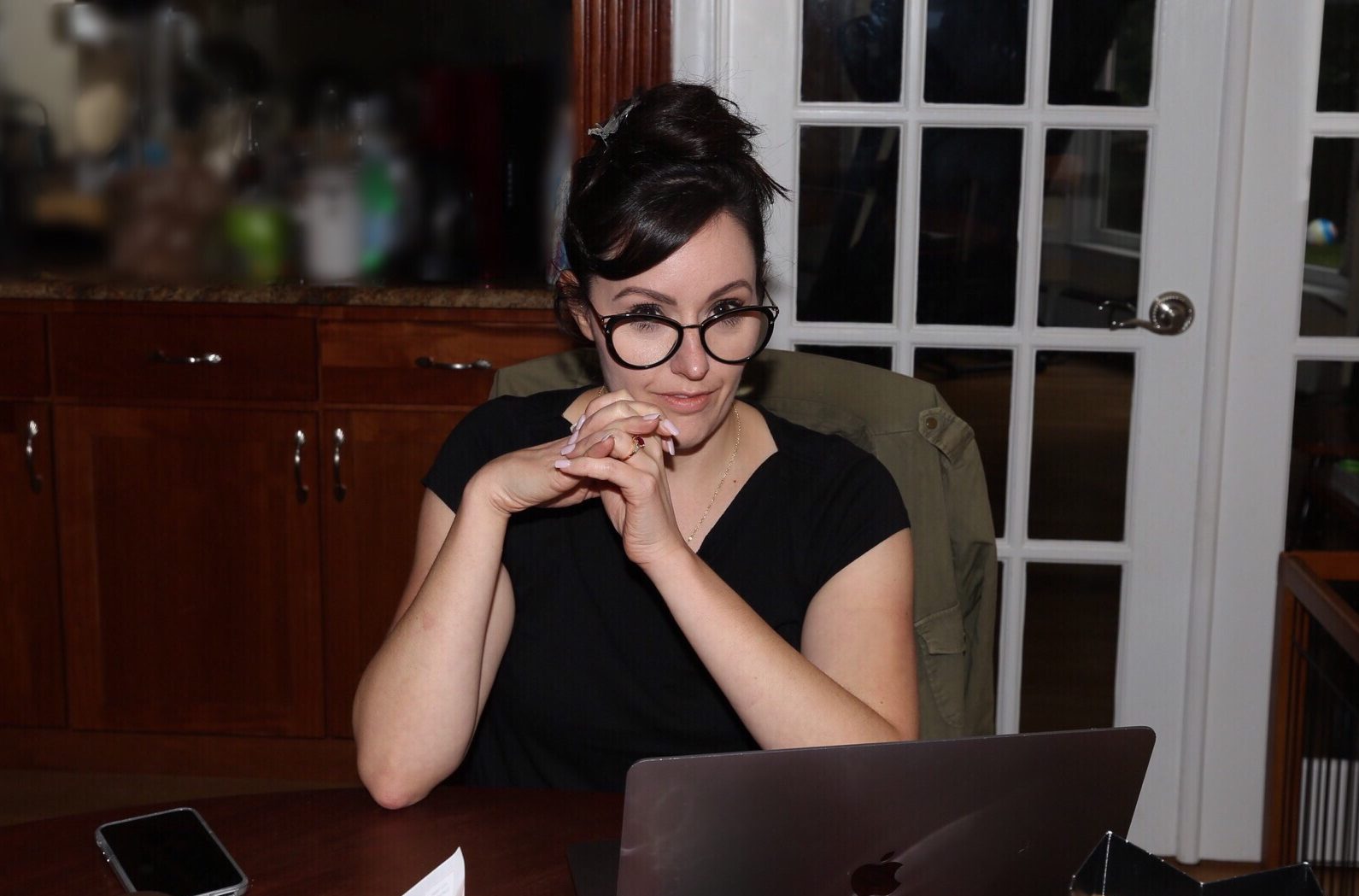 I am in Boston and Tommy is in North Carolina. I’ve just come back from having a cortisone shot in my jaw joint at a doctor’s appointment in Boston and Tommy and I are taking on our cell phones. The house phone in NC has a call screener that requires the caller to announce their name. It’s supposed to help mitigate robocalls, but I’m not sure how well it actually works. I’ve been asking Tommy, since I left that message four days ago, if he thinks Dorothy is going to call me back. He keeps saying, “I think so, I’d call you back”. Anyhow, I’m telling Tommy about my appointments when I hear the phone ring in the background. After the second ring, I hear “Dorothy Whaley” perfectly pronounced (I can hear the ‘h’ in her voice) over the speaker in the background.

I’m pacing around the room hundreds of miles away when I hear one side of the conversation that follows. Tommy answers with a simple “hello” and then he says “No, but I’m her husband and she’s been looking for you for a long time” a pause.

“I know, I’d be freaked out too. It’s ok. So, my sister was murdered the same year as your sister and may wife was doing some research on Grace’s death and she found an article from the Globe with a list of names and Mary’s was on it. She’s in Boston now, but I can give you her cell phone number and I think if you call her you guys ’ll have a good conversation.”

After giving Dorothy my number, Tommy comes back on the phone and says, “You better go, she’s going to call you now”.

We hang up and I sit with my phone in man hands staring at the screen, willing it to ring for what seems like an hour and what in actuality is probably 5-10 minutes. I imagine she needed a hot minute to absorb some of what Tommy said. I answered that phone so quickly, I realize later that the call was never recorder by my phone.

I breath a sign of relief into the phone at the sound of Dorothy’s warm, kind voice. I explain to her how I saw Mary’s name in the articles from 1990 and that not one article identified her age. I explain how unsettled I was by that fact and how Mary’s name kept calling me. I tell Dorothy how that led me to her.

We speak for over an hour.

By the time we hang up my heart is full and heavy. Dorothy is gracious and forthcoming; she has answered so many of my questions and I’ve formed about a thousand more questions. My jaw is on fire and I know I’m going to regret not icing it sooner, but  then I remember the newspaper clipping from the Grove Hill and quickly ask one more question before ending our call, “Dorothy, was one of you born in November 1953?”

I let out a sigh and tell her it was her I’d been looking for these months; I tell her of the infirmary listing I’d read. We exchange blessings and agree to talk again soon.

I imagine, like me, you have more questions now and perhaps we’ll get to know Mary and Dorothy a bit better one day.

We started Murder Matters to humanize victims of unsolved murder, to give their families a voice and let them know their loved ones are not forgotten. My hope is that I’ve accomplished some of those things here.

Who Is Mary Cox? Part One