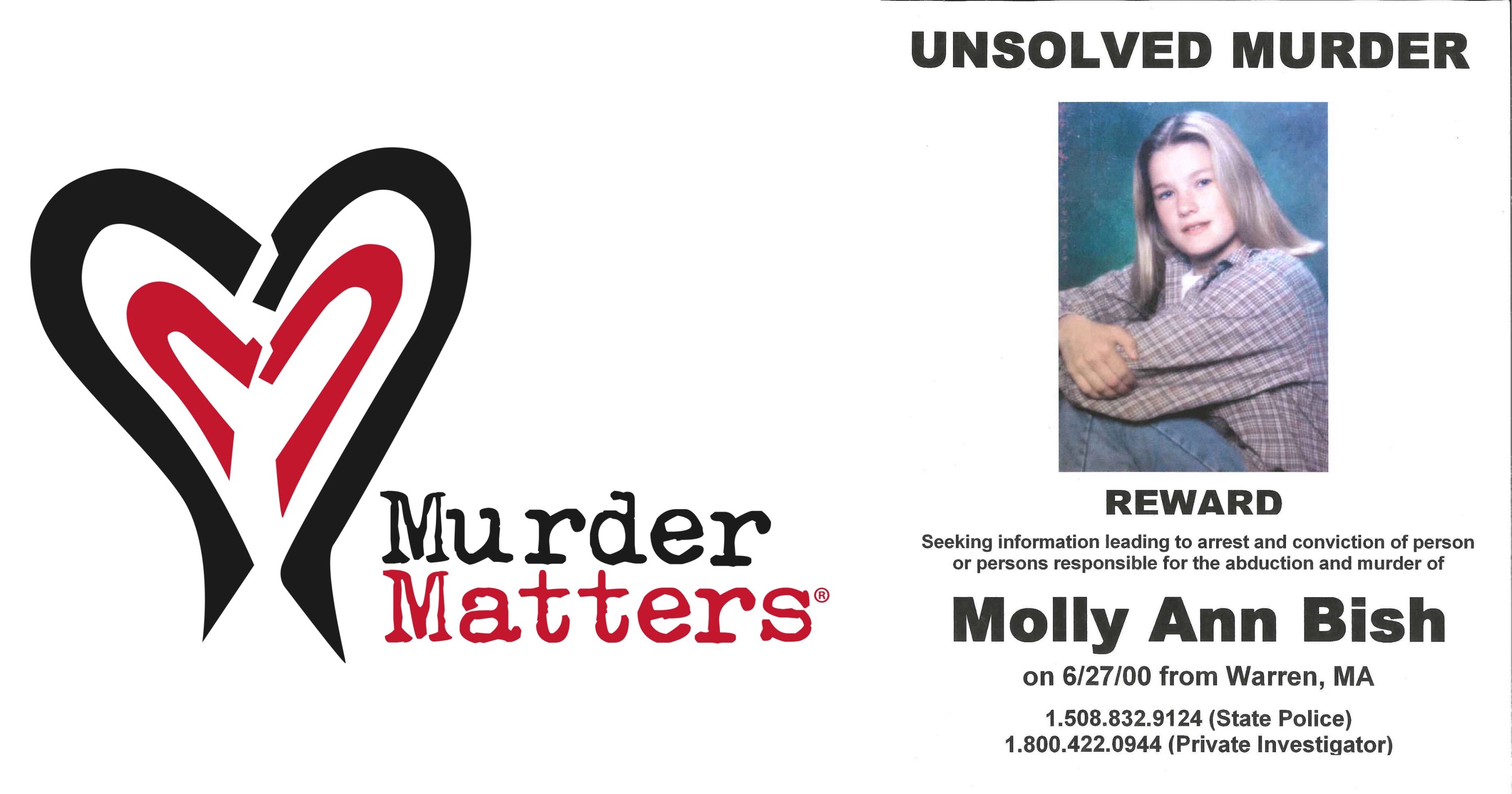 About two years ago, Tommy came home from a meeting with our now-manager Sally and told me, “I know what we’re going to do.” He went on to tell me that Sally had asked him in their meeting “what do you REALLY want to do, Tommy? What matters to you?” and it was clear in the moments that followed that what really matters to my husband is murder.

This, I imagine, came as a bit of a surprise to Sally but true to form, she supported his vision. Tommy explained that he wanted to help others who’ve lost a loved one to an unsolved murder.

Over the months that followed Tommy set out to articulate his personal experience with unsolved murder. Together, with a little help from our friends, we produced Grace’s story, a short video about the unsolved murder of Tommy’s sister Grace. We also began discussions on how to find a family to help. Where would we start?

Almost immediately I thought of the Bish family.

I had met John and Magi Bish at a Women’s Leadership Awards event that the Dorchester Boys and Girls club puts on each year. Magi was the recipient of one of these wards and my grandfather and I sat at her table. We had a chance to meet and it was then that I learned about the Molly Bish Foundation.

I knew right away who she was. You see, Molly and I would have been the same age now. I remember quite clearly when she went missing.

So I told Tommy, “I think you should reach out to Magi Bish.” We went back and forth a bit but eventually, when he was ready, he did.

We were first in touch with Heather, Molly’s older sister. We went out to the Bish’s home and talked with Heather about doing some sort of project for her parents. Originally we thought maybe a peace garden would be nice.

We quickly noticed that Magi has about ten gardens on her property.

It didn’t take long for Tommy to decide what the Bish’s needed and it was much more than a peace garden. I thought he was out of his mind. We funded the entire project ourselves, so when his ideas got bigger our bank account got smaller. But he was right and I knew he was right so we set to task.

We first met with Magi and John a few weeks after meeting with Heather. They had just come back from a trip to Michigan. Tommy and Magi became fast friends – as I suspected they would. They spoke the same language, shared the same sense of humor, and they shared a similar grief accompanied by a strong desire to help one another. It just felt right.

Not long after we got started on the Bish project, I required hip surgery. Once I was self-sufficient enough, Tommy resumed his work with Magi. He was driving back and forth to Warren almost every other day. When he’d come home, after checking on me, he’d call or text Magi to see how she was doing with whatever task he’d left her on. Then he’d sit down for the night with an exhausted sense of relief. He was tired, but at the same time a weight was being lifted off of him.

Aside from the projects, it is import to us to share the victim’s story in the words of their family. The Bish’s have been on numerous shows talking about Molly’s murder. They’ve been surprised by last-minute by changes to the shows, they’ve endured reenactments of events and had other various unpleasant experiences with production. It was important to us to give them control of their story.

Tommy kept asking Magi “What do you want the world to know about Molly?”

On the last day of filming Magi Bish sat down and told us everything she wanted to share about Molly and about losing her. However much I thought I knew about Molly’s disappearance at this point was irrelevant. We’re so used to facts when it comes to crime, but to hear the very human experience of losing a child in the way Magi did, and to hear it in her own words is something that simply cannot be re-enacted.

The Bond of Sibling Loss by Dr. Heather Bish-Martin

Guest Blog By Dr. Heather Bish-Martin I met Tommy and Rachel through a mutual friend,…

We met Tommy and Rachel through a mutual friend. Tommy wanted to talk with us…